Here are the best messages to end a relationship with your crush amicably. Breaking up is not the best of experiences in life and it is not easy either. 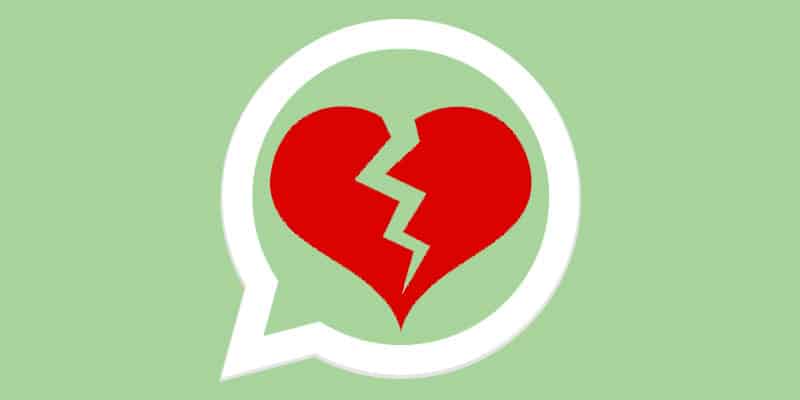 You can choose to ghost but that is not the best of ideas. It is much better to give some explanation, at least it ends up a relationship maturely and sometimes amicably. Still, texting your crush a breakup message can get so tricky.

You will have to find really polite words to explain your reason for breaking up. If you can, go through the whole dictionary to get the best of words… Anyway just kidding. The fact is, writing a breakup text to your crush is not easy, and I understand that.

So, here are some of the best breakup texts that can help you finish your relationship affably.

Nice breakup messages for your girlfriend

1. The relationship of, let me call him Osborn and Mary lasted for like two dates. This is because Mary was so talkative and Osborn was pissed off by this. He thought that she was very selfish and only thought about herself. So he decided to break up before they went too far. However, he did not want to hurt her feelings, so he wrote this:

Hey Mary, I hope you are doing well today. I would like to tell you something…I’ve been thinking, we have been dating for some time now. I feel things are not working out between us. Still, can we be friends?

Osborn was very wise not to get into the details, he instead gave something general. Well, this was obviously no good news to Mary, but his words were better than “You are such a bubbling brook”. The lady though hurt did really appreciate his honesty. She felt a little frustrated because things did not work, but she still felt esteemed by her ex.

2. Neville and Sara were dating for a couple of years now. About two years to be precise. The spark they had at the beginning of their dating was slowly dimming. By this, Neville felt that the relationship was not heading anywhere, so he broke up. He did not want to break up with her face to face, fearing her tears would make him think otherwise. So he opted for a text. This is how he wrote his last text to her:

Sara, it has been so nice knowing you. You have really imparted positive things in my life. I would have never learned painting had I not met you. Lately, I have felt that we have grown distant and we don’t relate as much as we did earlier on. I think it would be best for us to maintain it as such. I’m sorry to say this in the text. I still esteem you highly dear

The words surely hurt Sara, but the polite tone used kind of calmed her down. First, she felt that Neville was mature to apologize for breaking up on the text. Sometimes it appears rude to do break up this way.Having mentioned something about the happy times they had made make her appreciate that the relationship was worth her time. Finally, the fact that Neville offered some little explanation for breaking up is totally good. Though I tend to think that being too honest all the time may hurt the other party. So sometimes just be general.

3. It had been a two years since Kelly and Nelly met. At first, they were a perfect couple, admired by their friends. However, this was not the case six months later. Nelly was getting way too petty over minor issues. Any time they met they quarreled. In fact, Kelly would count the number of dates they did not quarrel after their first six months of dating. This made him fed up about the relationship. He still loved Nelly, but he did not want to continue with the relationship. Being that he was on a trip to Italy he was not able to do break up in any other way but through a text.So he wrote:

Honey, I’m sad that we always fight and I know some how it is my fault. Maybe I am not the one for you. I think it will be best for us to part our ways than to continue arguing every day. I wish you all the best.

Nelly was devastated to know that her relationship ended this way. She regretted that the arguments she had in the past were the reason for the breakup. In her other relationship, she was determined to change things.

4. It has been six months since Carl and Mary started dating. Their chatting was very frequent but soon it started being more seldom. Carl was soon losing the feeling he had for Mary and decided to write this:

Hi Mary, you have been such a good friend since we started dating. Yet, I feel we are not going to make it real. I have no bad thoughts towards you but I beg to break up

It is apparently a really honest text. It is on point, saying the whole matter in a short sentence. Mary did not feel so good about this. She may have been tempted to think that it was all her fault. Nonetheless, the nice tone in the text neutralized how she felt about herself.
In a nutshell, the above examples can give you an idea of what to say when breaking up. The preceding examples are of break up texts for a boyfriend.

Breakup messages for your boyfriend

5. For a long time, Ibsen was very violent towards Beryl. Sometimes he would get mad at her for no good reason. She had enough of that and was focused to break up the union. For the reason that he was a very violent man, she decided to text instead.She started:

I don’t know how to say this, but I have been really hurt by how you treat me. I was in love with you but I don’t think we can go on anymore. I think it will be best if we go our separate ways.

The words used were very heartfelt and very deep. For that reason, Ibsen felt the sincerity of her words made it easy for him to respect her decision.

6. It was not easy for Phoebe to break up her relationship, but her parents were determined to do everything to see it to this end. Carl was a good guy, but the fact that Phoebe’s parents did not love him made them break up. She wrote:

My dear, it has not been easy for me to come to this. I have cried and will still keep on crying because we have to break up against our will. I wish I could do much…I still love you, and you will always be my friend. All the best in life.

Carl must have cried, the text is already so emotional. Seeing their case also, such a text made Carl feel that at least Phoebe still cared despite her parents’ hatred.

7. Lilian broke up with her boyfriend because he kept on finding faults in her. Even the smallest of mistakes would make him scold her so much. She tried to be perfect but in vain and when she had had enough she texted:

I would like to break up, not because I stopped loving you but because we do not agree on many things. I’m sorry for being imperfect and making you angry very often. Good bye.

The message indirectly communicates the reason for the breakup and holds some affection for the other party. It made him regret his previous behavior and at the same time made him appreciate that the other party had been patient enough.

8. John had been cheating on Bret with her best friend. She caught them many times but John never seemed to change. She knew that John still loved her but she could not take it anymore.She wrote this:

You are such a precious person to me and I have no intentions to hurt your feelings. Nonetheless, I have felt that we are not getting a long since with Annie became your friend too. I think you deserve a better person than me, and I wish you the best.

It would have been easy to tell John how bad he has been but this would not help things out. He knew that he was surely wrong and it was thoughtful of Bret to break up very kindly. This may have surely made him change.

9. Quite a number of current relationships break up because of finances. This was the same case with Nancy and Bruno. Bruno was asking too much money from Nancy for a number of times, promising to pay back, which he didn’t. With time she got tired of the relationship. She wanted to break up but still sound very polite and understanding, so she wrote:

Bruno, I have been having this in my heart for a long time now. I do not mean any wrong, but I feel with our financial issues are making us disagree a lot. We have not been the best of pals and I would rather we do not go on. All the best in life

About this text, Bruno must have felt frustrated that she had to break up this way. On the other hand, he really appreciated that Nancy was honest about what brought up the breakup.

10. Martin was always busy for Ann. He would reschedule their dates many times or come very late for their dates. The reason? He was ‘busy’. So many times he was always away on business trips and seemed to care much about his career. So what happened? Ann decided to end everything:

“Martin,” she wrote, “I love the times we spent together. I will never forget. I have always cherished those moments and I’ll still do. I have decided to let you continue with your studies and fulfill your dreams. I think that will make you happy, and if you are happy, I’ll be happy too. Thank you for making me feel special for the time we were friends. Anyway, I wish you the best.”

After reading this text, Martin must have felt very sad for his neglect to Ann. He must have appreciated that she was very open and frank him. He surely would not miss seeing that Ann meant the best for him.Ending up your relationship may just not be the easiest thing you will ever do. Still, it is important to end it very genially, you never know, your ex may help you one time in life.