This short guide can help you to know who has your number in their contact list, whether they have an Android of an iPhone. 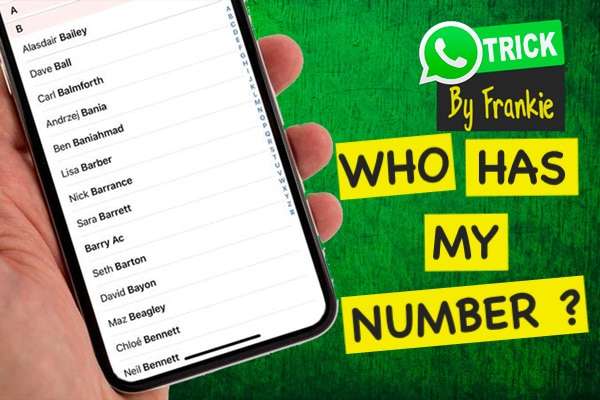 Hello everyone, I’m Frankie Caruso. There is a small trick that I will reveal to you today that, in most cases, can let you know with a great deal of certainty who saved your mobile number in their contacts (and who didn’t).

This method can be useful when you want to debunk someone who says they haven’t answered your calls because they didn’t know your number or didn’t recognize it.

But it is even more useful when you want to avoid getting banned from WhatsApp for sending too many messages to contacts that do not have your number stored in their phones.

So, get comfortable and read through the information I am providing carefully. This is your typical 007, James Bond style trick that can come in handy in very specific situations.

Let’s get right to it and find out who has your number stored in their contact list.

Contents hide
How to Know Who Has Your Number in Their Contact List with WhatsApp
Without WhatsApp, how do I learn who has my number in their contacts?
Conclusion 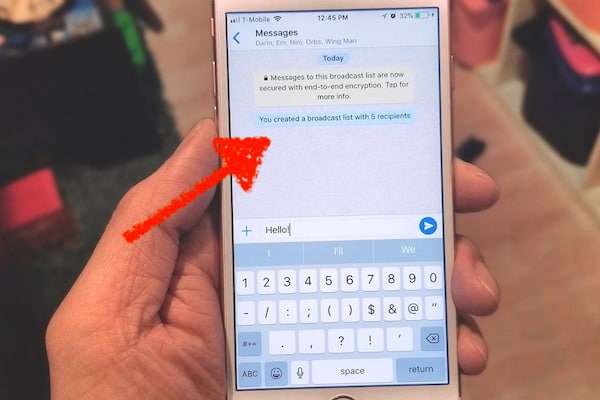 If you want to know what users among your contacts have saved your number in their own lists, you just have to use the broadcast lists function through WhatsApp.

Yes, you read that right.

This feature actually allows you to send messages only to those who have your number saved on their phones. This is why it turns out to be an effective tool to determine who has your number saved and who does not.

Let me explain how this works.

The trick is to send a new broadcast to two or more contacts, one being a person that has your number saved for certain, and the other one is something that has probably not saved your number.

If you want to know how to proceed on your iPhone or Android (as WhatsApp Web and Desktop do not allow broadcasting), you only need to read ahead through the next paragraphs and you will learn how to do it.

Just one thing: In order to use this “trick”, both you and the user you don’t think has saved your number need to be users of WhatsApp.

So let’s get this started.

In order to do this with your Android phone, first open up the WhatsApp application.

Now you can get some conclusive evidence.

A new screen appears that will let you know whether the message has been delivered, and possibly read, and by whom.

If the name of the person that you suspect did not have your number saved does not appear on the Delivered to list, they have not saved your number.

Conversely, if their number does appear, then the message has been delivered and these people do have your number saved despite what they might have told you.

Here is what you:

If you want to know whether the message has been delivered and possibly read, and by whom, you just have to pay attention to the information that appears on this screen.

Now, let’s come to a conclusion.

If the name of the person you thought saved your number does not appear under the heading Delivered to, they have not saved your information.

The same can be said if the name does appear there, as you now know that your number has been saved in their contact lists.

Without WhatsApp, how do I learn who has my number in their contacts?

Would you like to find out who has your phone number without using the broadcast method on WhatsApp? Not everyone is using WhatsApp, for one.

There are options, sort of. Some applications can promise to figure out what people have your number as a contact in their list, but these applications are not always the most reliable.

Some apps, like ME – Simply (on iOS and Android) allows you to know if one of your contacts has stored your number only if both parties have downloaded this specific app.

Other apps and websites can offer to do the same deal for small amounts of money.

But, do you want my honest opinion?

You are going to get scammed by these services. You are likely risking your personal information or just giving up your hard-earned money to complete strangers for nothing in return.

Is it Possible to Know by Which Name Someone has Saved Your Phone Number?

Unfortunately (or maybe fortunately for some), there is no way to see who has stored your information under a specific name or tag.

That would mean invading privacy, which you do not really want to involve yourself in.

Be careful! The net is full of apps which can promise to do the job, but I can assure you, they do nothing more than steal data and money from you.

I have tried my best to provide you all of the information that you might need on this subject.

Before we say goodbye, I would like to give you a brief summary of what has been explained in this guide, just to make sure that you didn’t miss any information.

The only safe and effective way to know if a contact has your number saved in their address book is by using WhatsApp broadcasts. It’s a trick that few people know but it’s extremely useful that works for both iPhone and Android smartphones.

There are also other methods and apps, but I advise against them because in most cases they don’t work or they steal information from your mobile phone.

It’s time to say goodbye. Also, if you have questions or comments, feel free to use the comment box below so that I can get in touch with you quickly.

Ps – You can find other useful tricks in this mega guide I’ve prepared for you: top 40 secret whatsapp tips and tricks you should know.