Here I’ll tell you how to find out if someone has blocked you on iPhone iMessage – Apple’s built-in instant messaging service. 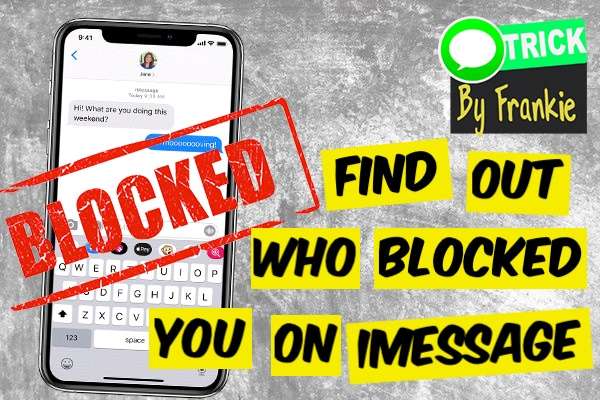 Hello my friends, it’s Frankie here to give you an iMessage trick. Now, you are going to learn how to know if someone blocked your number on iPhone for calls or messages.

Apple Message known as iMessage refers to an instant service of messaging which is a development of Apple Inc. the service is supported by application for sending messages in iOS X and later operating systems versions.

In February 2012, Apple made known to the public new OS X application for messages which would support iMessage in replacement of iChat.

Contents show
How do you know if someone blocked your phone number
1. The color of sent iMessage
2. The sent messages status
3. The message status on MacBook and iPhone
4. Checking information of the message
5. Make a call to the suspected blocker
6. Call using a masked number
7. Switching off your caller ID
8. FaceTime calls
9. Locations sharing
10. Double-check with WhatsApp (or Facebook Messenger)
BONUS – Spying on the iPhone addition
Conclusion

How do you know if someone blocked your phone number

Have you ever sent to your friend iMessages and get no response? Are the friends so negligent or have they blocked you on iMessage? It is possible but even though Apple is among leading companies in service provision, it might not be as easy to determine the reason behind.

Below are some of the tips to help you determine if someone has blocked you on iPhone iMessage.

N.B. If you want to know how to use iMessage, check out the official Apple website.

1. The color of sent iMessage

iMessages are blue naturally. Once you send to your friend a blue in color iMessage then few minutes after it turns green and never sends back a delivered response you might have been blocked. However, a single message cannot define such.

In the current world with the current technology, it is quite impossible for iMessage network to fail consistently and send back messages.

In order to ascertain that you have been blocked on iMessage, sending the messages intermittently but if they all turn from blue to green, you definitely are blocked.

Users of iPhones turn read receipts in settings for their messages. The setting is already ON by default. Therefore, if after you send the iMessage then the message remains blue indicating delivered then it’s never read, you are probably blocked.

The tip is not as efficient as the user may have switched off the read receipt setting.

3. The message status on MacBook and iPhone

It is very easy and simple as you only need to send a message through either of the two. Just below the iMessage, an icon indicating delivered is featured. If the friend has blocked you, the icon is not seen. The MacBook as well does not feature any read receipt or delivered.

This tip only favors individuals with both an iPhone and a MacBook.

4. Checking information of the message

Open the iMessage application on your iPhone. Open your conversation with the person you suspect has blocked you. Confirm a notification which is below the sent message. On the last sent message, check for read receipt below it. It is a default setting and therefore if it is missing, the recipient might have blocked you on iMessage.

5. Make a call to the suspected blocker

However, if the call does not ring but goes straight to voicemail, it is not a proof that you are blocked. Give it a second try to ensure the results concur. If the same results are repeated it is a clear indication you are blocked.

Once the call is sent to voicemail, you can as well leave a message to the individual who has blocked you. However, the person who has blocked you will never get any notification of a left message. The message instead appears at the down most part of the voicemail messages in the section of Blocked Messenger.

This actually a more efficient and reliable way of establishing if someone has blocked your phone number.

Just before the phone number you suspect you are blocked dial *67# (On your country might be different). Masked numbers are used for double checking the other phone’s status. By tapping on the call button, the call is sent to the recipient with your identity hidden.

If the call is answered normally although individuals often ignore blocked numbers calls, you are blocked. However, if after the first ring the call is sent to voicemail, the phone number might not be in use.

You can use this link to check out the country code list. This site has all the codes for every country across the globe.

7. Switching off your caller ID

If the phone goes through probably you are blocked.

The calls will go through normally and seem rejected by the recipient. This indicates the individual has blocked you.

Persons sharing locations through ‘Find my Friends’ with the suspected blocker can use this as a clue for blocking. If the friend is not sharing location any more in iMessage conversation, this is an ideal indication of been blocked by the person.

However, if it displays location unavailable, this is not a guarantee that you are blocked as the person may be far from the phone or else the phone is off.

Another way that you can find out if you are blocked on iMessage is to cross reference with other apps like WhatsApp or Facebook Messenger.

In many cases, people who block you on iMessage also block you on other apps. I have a trick for you that you can try to test out if your suspicions are right.

Frankie, how do I know if the message was heard – why a voice message and not texting?

The answer is simple – the trick exploits a bug in WhatsApp.

It is very important that you know there is read receipts on WhatsApp. Whenever a person reads or listens to a voice message, two blue ticks appear on the right side of the chat. You can deactivate read confirmation, and if this happens, it is impossible to know if someone has read the message.

However, here is the bug:

If you send a voice message and it gets played, blue ticks appear regardless if this setting was deactivated or not. This is a trick I have labeled the Vocal Traitor Method. You can learn more about this method here.

If the contact has listened to the message but is not replying, it is likely that you have been blocked on these services.

You can also take a few minutes to check out an article on how to determine if you are blocked on WhatsApp. It can be useful for you by showing you various methods of cross-checking.

If the contact you believe blocked you on iMessage does not use WhatsApp, you can try to figure out if they blocked you on Facebook Messenger as well. To help, I have composed a tutorial to determine if you have been blocked on Facebook. Check it out.

BONUS – Spying on the iPhone addition 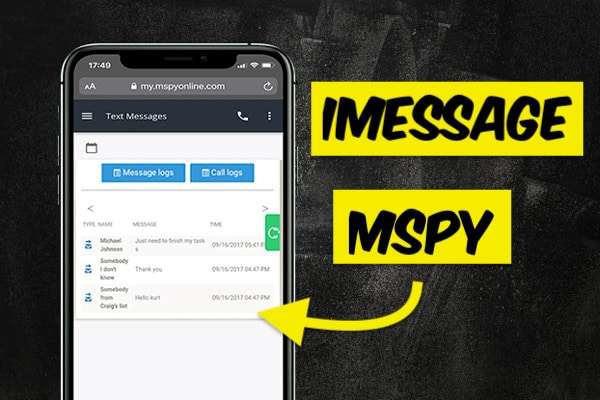 Perhaps one of the most surefire approaches to learn if someone has chosen to block you on their iPhone is by spying on their activities with an application. One of the best spy apps in the world, and subsequently the most used, is 👉 mSpy. It is very simple to install this application (even remotely) and always have confidence backed by 24/7 tech support.

The application not only lets you know if you have been blocked, but you can also constantly monitor their phone activity. You can read messages from any instant messaging interface (WhatsApp, iMessage, Facebook Messenger and more), you can read their emails, see where they have been, look at new pictures taken or downloaded to the phone, and see what incoming and outgoing calls are getting made through the phone being spied on.

Ultimately, this simple to use application lets you know more about a person than they are often willing to tell you.

If you want more information on how to install mSpy I recommend you read my guide: mSpy step-by-step guide. You will also find a coupon for the software.

Is it possible for someone who has blocked you on iMessage to see the messages you sent?

The person never sees the messages if they have blocked you. This is because blocking generally prevents message delivery. The blocked undelivered messages are not any stored and therefore delivery presumes once you are unblocked.

Finally, when an individual blocks you on iMessage, you can still get the delivered notification but then the message is never read. The text message is send normally with no error message sent back. Formerly, it was possible for iPhone users to guess if blocked. Once you send the message and you are blocked, the message would be sent back.

However, with the new updated operating system, the message even when blocked with send back a delivered notification but the message remains blue but the recipient never reads the messages.

Now we have reached the end of this guide. I hope that the information provided helped you to find your answers.

To avoid any risks that you might have missed something, here are some of the key points for this guide.

I showed you 10 ways to understand if you were blocked on iMessage, and these are:

I also told you about an app that can spy on an iPhone of the suspected blocker. This app is mSpy. If you want to learn more about the software and how to get it up and running in under three minutes, you can take a moment to read the step-by-step guide for setting up mSpy.

All that is left to do now is to say goodbye. Hopefully you return to check out the blog again soon for more helpful tips. If you have doubts or questions about this information, you need not hesitate to comment on this post. I will answer as soon as possible.

PS – While I have given you the means to determine if you have been blocked on iMessage, you might want to know more about the person who blocked you. You can take a few minutes to explore the complete guide on how to spy on iPhones and know everything about a person.