In this article, I would like to explain how you can hid apps on your Android or iPhone, including WhatsApp, Facebook Messenger, or apps for meeting up like Tinder. 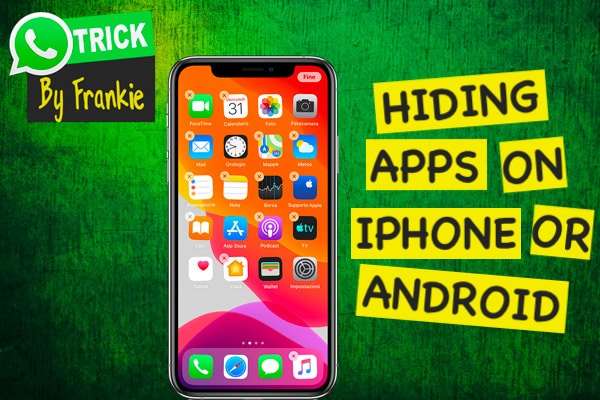 It’s Frankie once again with great tips and tricks! Today I can explain how to hide any app (even messaging apps) on your phone. I get to to avoid any more of the terrible 5 minutes I spent today where my girlfriend had my phone.

You have no idea how unbelievably scary that was.

In truth, I think I would have rather gone to some secluded mountain cabin for dinner with Jack the Ripper – he would’ve killed me, sure, but he wouldn’t have checked to see what apps I have on my phone first.

Here’s the funny thing – I’m not even cheating on her. (I swear honey, if you are reading this I’m not)

The problem is, besides having apps on my phone that might indicate or throw up red flags about an affair (Tinder, Line, etc.) I have some conversations that I have with my friends that uh, I would prefer my girlfriend didn’t read.

Fortunately, I have found a solution for hiding these apps.

It is an affordable option for anyone, no matter what device they need to use it on.

WAIT, I HAVE A GIFT FOR YOU 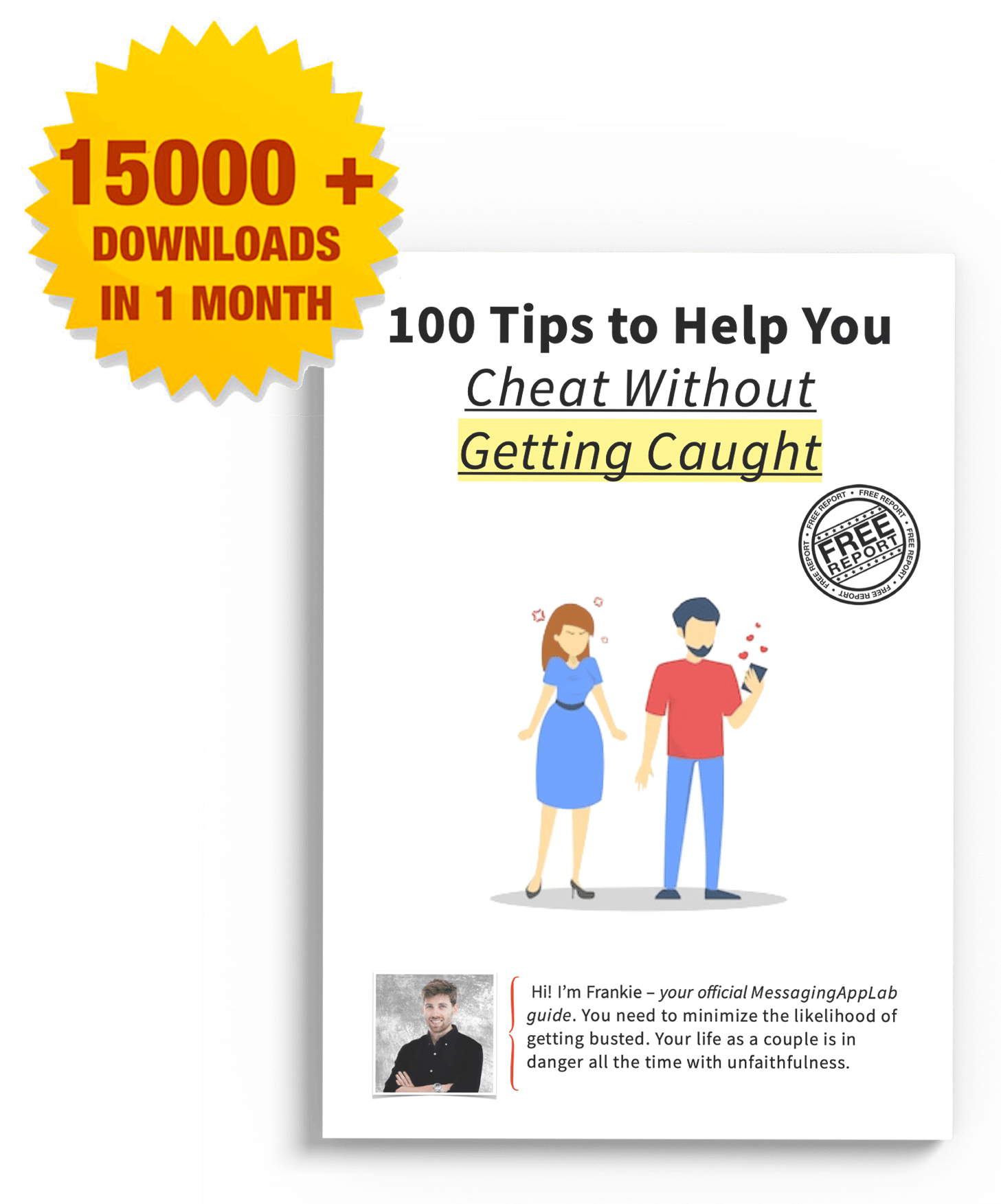 Before continuing with the article, I want to give you a special gift.

According to Divorcemag (ranked as the #1 divorce blog on the Internet since 2016) you should know that almost 90% of affairs are revealed because of messages read on services like WhatsApp and Messenger, or undeleted pictures and videos stored in the gallery.

Don’t want to be a part of this 90%? Check out the Free Report offering 100 tips on cheating without getting caught.

Take five minutes of your free time and read on to learn about the best method I have found to hide apps on Android and iOS. I have laid it out with clear and concise instructions.

There is little left for me to do rather than wish you good luck with reading it.

Hiding Apps On an Android Device 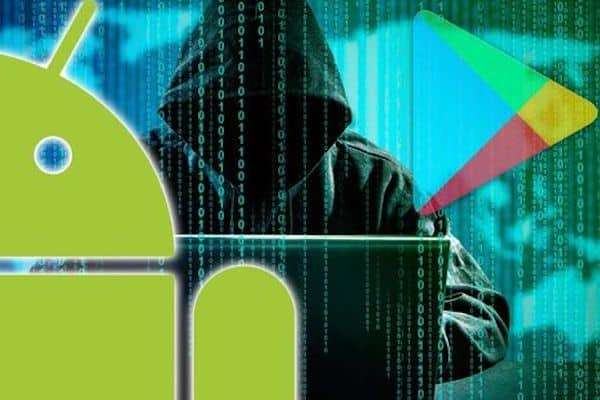 If you want to hide an application on an Android smartphone, I have two options that you can try:

Note: If you have a Samsung, this process is even easier. You do not need a different launcher. Click here to see this procedure now.

As I have told you, if you have a Huawei, a OnePlus, or another Android smartphone, you will need the alternative launcher. The move used launcher in the world is called Nova Launcher, and you can download it directly from Google Play.

There are two versions of this software: free (limited functions) and a paid version (around $4).

The one to hide apps from mobile phones, alas, is a paid one. But if, as I assume, you have something that you want to hide (a lover, incriminating conversations, dating apps, etc.) believe me it is the best $4 you have ever spent.

Installing it is very simple, but to avoid any confusion, I can show you this procedure step by step.

The first thing that you need to do is download the app, which I would start with the free version for a couple of days to test the waters.

If you urgently need to hide something, than you can download the free version and then immediately after the download completes, open Nova Launcher. Download (always from Google Play) the Nova Prime package.

Now, you just need to set Nova Launcher as the default launcher for your phone.

Doing this is simple, just go to Settings > Home Page and put the tick next to Nova Launcher.

Go to Android Home and access the Nova Launcher settings by holding your finger on the screen for a few seconds and selecting the Settings icon that appears.

In the screen that opens, press Apps Menu entry, and select Hide App. Put a tick next to the icons of apps you want to hide from your phone.

When you are done, press the arrow on the top left and go back to the home screen and verify that these apps have disappeared. 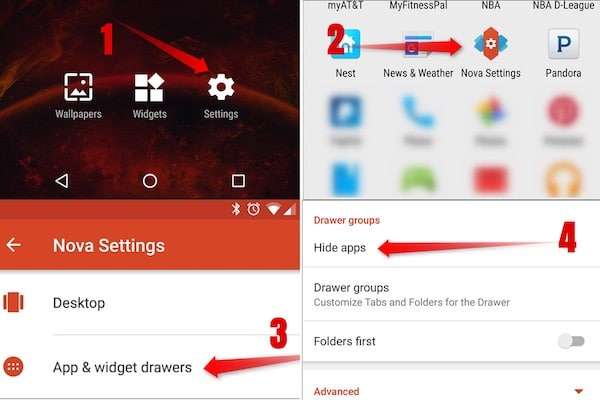 If you have second thoughts, you can always restore apps by going back to the Apps Menu and selecting Hide App. Now you are just removing the ticks from the hidden apps that you want to reappear.

Note: Nova allows you to disguise apps just in this launcher. If you active another launcher, or go to Settings > Android Apps, these applications will still be visible.

Many launchers allow you to hide apps, but Nova is among the most stable and most downloaded the world over.

But I can offer an alternative.

Another popular option out there allowing you to hide apps for free is Apex Launcher. Go to Settings > Drawer Settings > Hidden Apps and you can check which applications you want to make invisible from your application drawer.

This is a valid application and alternative – but it is not as safe as Nova Launcher. The choice is yours, of course.

As I mentioned earlier, you can hide an app on Samsung without needing to use an alternative launcher application. It is much simpler.

Let me keep this short:

Remember Hidden apps are still installed on your phone, they are just not visible on the home. For safety, namely if the app you need to hide is WhatsApp, Tinder, Messenger, or something similar – shut off notifications. It’s safer than needing to give explanations partner. Hehe

Hiding Apps on an iPhone (Update iOS 13 or later) 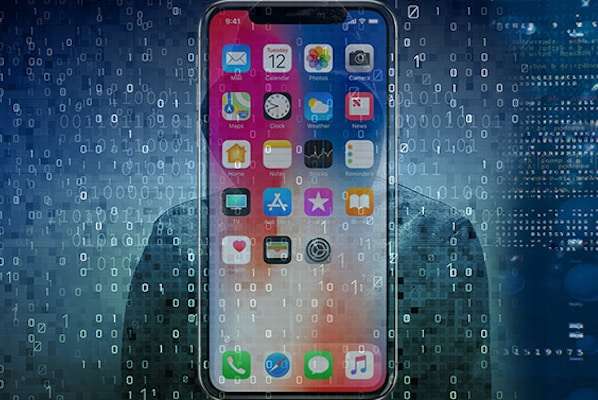 Now, let’s take a look at what you need to do on iPhone.

How many times in your life have you heard that Android is better than iOS because it is an open system?

Well, in truth, for this matter that is the case.

There is no ‘internal’ way to access the iOS system and hide apps, but I’ll tell you more. There are no external apps – at least to date – that can hide apps from an iPhone, either.

I know you are cursing Apple products and its founders at the moment, and I understand. (Steve Jobs is turning in his grave, no doubt).

Luckily, there are ‘palliative’ solutions, instead.

You can also use a native iOS feature.

Let me show you how to take advantage of parental control features that are ‘standard’ in iOS beginning in version 12. You can block access to apps.

Here is how you do it: 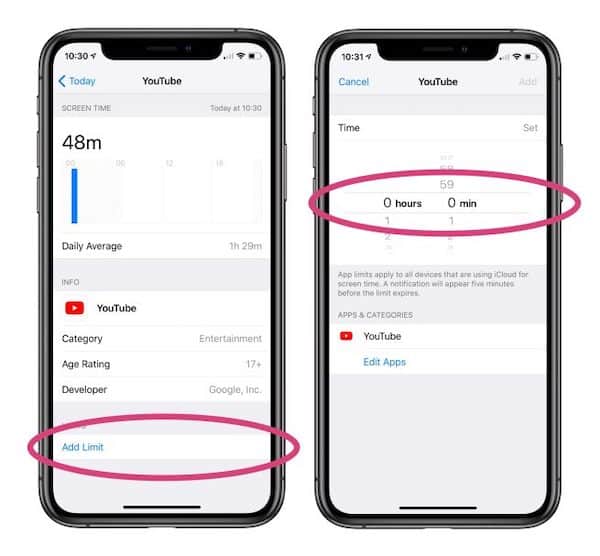 There are limitations of this system, namely, that the apps are not hidden from the phone. It is, however, impossible to access their content without a code.

If you want to disable the block, you need to reverse the process by going to Settings > Usage Time > Always Allowed and select the apps that you now want unrestricted access for.

On the other hand, if you want to completely revoke any app blocks, go to Settings > Usage Time > App Limits > Social Networks and press on the Delete Limit button.

This may interest you: How to setting up parental control on your iPhone

Alternative Option: Folder With Many Applications

Yet another possibility is creating a folder and stuffing it full of applications. Insert the app icons you hope to hide inside of this folder.

This way, icons are not exactly hidden put are placed in such a way that it is tedious to find by a nosey friend or curious partner in the limited time available.

This is not the safest method, but for now it is one of the most effective available options.

As I mentioned earlier, the most effective means of hiding apps on your iPhone is to jailbreak it.

I am warning you that those without good technology skills cannot accomplish this.

I can refer you to a guide written by computer professionals, but be careful, because the pitfalls of this system are many.

I feel like you could be interested in an article we have written, as well. Check out: How to Not Get Caught Cheating on WhatsApp.

If you have found a solution other than what I have mentioned here, for either iPhones or Android, share it with me and the community reading these posts by adding it to the comment section below.

If you are cheating on your wife, you need to carefully read this report containing 100 life saving tips to cheat and get away with it.