Hello and welcome to MessagingAppLab.com. Let me introduce myself: I am Frankie Caruso, I am 33 years old and I am Italian. 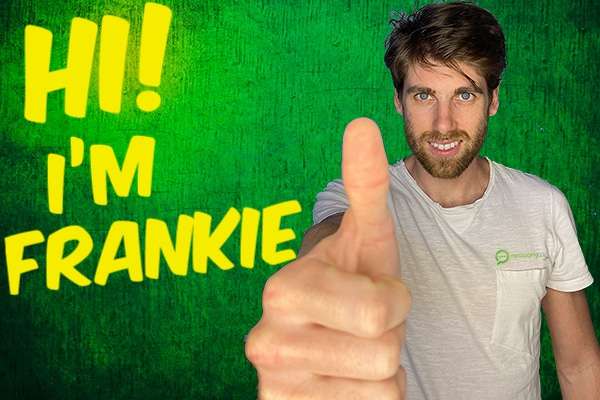 If you’ve already read some guides on my blog you’ll have realized that I’m an expert in instant messaging applications (like Messenger and WhatsApp) but above all I’m a huge fan of hacking philosophy and espionage techniques applied to mobile phones and social networks.

Let me tell you quickly my story…

It was 2001, at that time I was 13 years old and the hot website of the moment was WinMX – I don’t know if you remember, it was used to illegally download songs in MP3 and video format at the crazy speed of a 56k modem eheheh

It was exactly in that year that I started my career as a “little hacker” and managed to crack my PlayStation. At the time there were no YouTube videos or online guides… there was very little material on the net and for me it was a great achievement!

It was so satisfying that, from that day on, I became obsessed with the hacker world. My two myths were Gary McKinnon and Kevin Mitnick – called the Condor (the two greatest hackers in the world). I think I’ve read anything they’ve written or published, no exaggeration, heheh

A few years later, I think it was 2003, I got my first mobile for Christmas: the legendary Nokia 3310. Almost indestructible, stronger than Captain America’s shield.

In 2005 I started attending university.

A new world opened up for me there… I thought I was obsessed with hackers and stories of guys breaking into maximum security banking systems from their garage… but I hadn’t met Nick yet!

A psycho!!! He was crazy about smartphones and operating systems.

In 2007 he modified Windows XP creating a super lightweight and high performance version that he called Windows Batman. In 2008 he showed up at my house with a HTC mobile phone (a brand that nowadays manufactures smartphones that are not well known but have been quite successful in the past) big like  an intercom, with a touch screen – but believe, it wasn’t really so “touch“, in fact you had to have the strength of Hulk to make it work – and internet! I though he was crazy, I remember telling him: why do you need internet on a mobile phone?! And he replied: you’ll see in a few years, all mobile phones will have internet connection. He was right, he was a fucking genius!

Less than a month and a half passed, and together we were able to hack the operating system of the mobile phone and install a lighter and more powerful version of the software.

Today he’s my best friend and he helped me building this blog.

As I grew up, my passion became a real job. Today I spend a lot of my time studying and testing new hacking strategies such as social engineering and now I help several software companies to improve their computer security systems.

I decided to share some of my knowledge on the internet because I believe that they can be of help to many people.

That’s why I split my blog into two parts:

One dedicated to mobile phone and major social networks (Facebook and WhatsApp) spying. Don’t get me wrong, I know very well that spying on a mobile phone without authorization is a crime and that you could face very severe penalties, but my guides are intended for parents who care about their children’s safety and want to keep them away from cyberbullying and pedophilia.

Another one dedicated to how to protect your privacy. Nowadays the mobile phone is our secrets drawer, inside it we keep all the most personal information. Messages, photos; WhatsApp chats are not as safe as you might think. In my guides you’ll find tips on how to increase the level of privacy on your phone and keep your virtual world safe from prying eyes.

The information provided has been extremely valuable to many users and I can’t hide the fact that I didn’t expect so much success 🙂.

Those who are using my tips are enjoying great satisfaction and this is what makes me so happy.